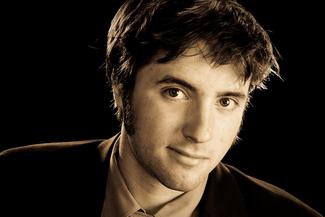 Michael Richard Heraty was born on March 16, 1992 in Vail, Colorado. He arrived in southwest Colorado with his mother and father in 1995 and met his first Pagosa friends, Dustin Anderson and Allen McIver. He attended school in Pagosa Springs thru 8th grade, where his teachers inspired his thirst for knowledge and his creativity as a student of life. He graduated with honors in 2010, one of the “Men of Ten”, from Brophy College Preparatory in Phoenix, Arizona. He would later say those 4 years had been the best years of his life. He was challenged greatly and excelled academically; expanding his view of the world and its people. It was at Brophy where he began his mastery of the Spanish language. He made many friends among students and faculty. He was awarded a scholarship to Arizona State University where he finished his degree in two and a half years, completing his final semester while living and working in Alamos, Mexico.

Michael somehow knew his time with us would be short and he became determined to make it count.

He followed dreams, not rules. He was bold and he was brave. Michael traveled fearlessly.

He was blessed with great friendships in near and faraway places, where others might not have ventured.

He dared what life presented; He threw caution to the wind. He endured, and embraced the unexplored.

He was inspired by people, connected by their human spirits, each unique, in diverse settings and circumstances.

Michael loved art in all its forms. He practiced the art of living life well

Michael was creative and whimsical, in his stories, written and verbal.

He was mischievous and loved to create elaborate practical jokes

Michael was avant-garde. He was anything but conventional and challenged everything and everyone that was, especially his father and mother.

He was controversial, but often considerate and kind. Michael was endlessly curious and tremendously intelligent.

He loved the ocean and all its features.

He loved Spanish and felt most at home where it was spoken and among its many people.

He was excited by learning. Michael made an adventure out of every learning experience and loved to share his observations, with flair and enthusiasm.

He lived life passionately and with little fear. He was an encourager to the timid and fearful.

Michael helped others to grow by stretching from where they were, to where they could go.

Michael had his own moto for life “It’s This Lifestyle!”

Michael dearly loved his little brother Gabriel Mateo who reached a part of his heart that stayed hidden from others.

Michael left our world half way thru his “Mega Trip”, just 15 days after his 23rd birthday. His life in this world was ended by an unidentified assailant on April 1, 2015 in Honduras. He had been visiting the high school host family he had lived with during the summer of 2008 while part of the Amigos de Las Americas Program. Michael had visited the family five more times after that summer. The Marquez family considered him one of their own and treated him as such. He spent many days on their coffee farm where the two brothers, their wives, children and their parents all lived and worked. Maria Marquez and her daughter, Silvia were especially close to Michael and he considered himself Godfather to Silvia’s four year old daughter, a term and role he enjoyed immensely.

And in Honduras, The Marquez Family, who loved Michael as one of their own.

His friends met and made during his short life and his extensive travels- too numerous to count, each of significance to Michael and to us- we are blessed.

Friends of Michael and his family are invited to come and share in the memories of his life.

In honor of Michael’s passion for the Spanish language and all things Latin, his family is establishing a scholarship fund made available to any student demonstrating the desire to learn Spanish. This scholarship will be awarded beginning with this graduating class of 2015 to a high school senior both at Brophy College Prep and Pagosa Springs High School who wants to further their education through additional studies or an immersion trip to a Latin country. Exact details regarding potential amounts and application process will be released by the end of April.  Donations can be made at Bank of the San Juans in Pagosa Springs in an account established as “Michael Heraty Memorial Spanish Scholarship Fund” or online using this link:  www.gofundme.com/MichaelHeraty